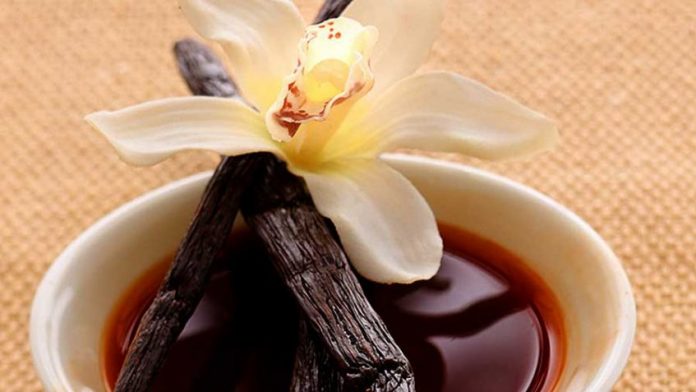 Vanilla is a fruit of a vine, which resembles the green bean. It has a rich perfumed aroma and a fragrant sweet taste. It may be used in its bean form or as vanilla extract. The bean can be cut lengthwise, the seeds scraped and added with the pod into liquid to be cooked. It adds perfume and a deep nuance to everything it is added to. Vanilla beans are expensive but can be reused several times. Just wash the whole bean after soaking in milk or sauce. Dry and store in a tightly covered container. Or simply stick the used and dried vanilla bean into a bowl of sugar to produce vanilla sugar which can then be used in baking. Culinary uses of vanilla are innumerable. Ice cream, puddings, custards, sauces, cakes, chocolate and candy rely on vanilla for their flavor. Vanilla is also produced synthetically, imitation vanilla has an inferior taste. Compare the two and you will always favor the real thing.
Print Recipe Pin Recipe
Course Cooking 101, Ingredients
Calories 288 kcal
Keyword Practical Tips