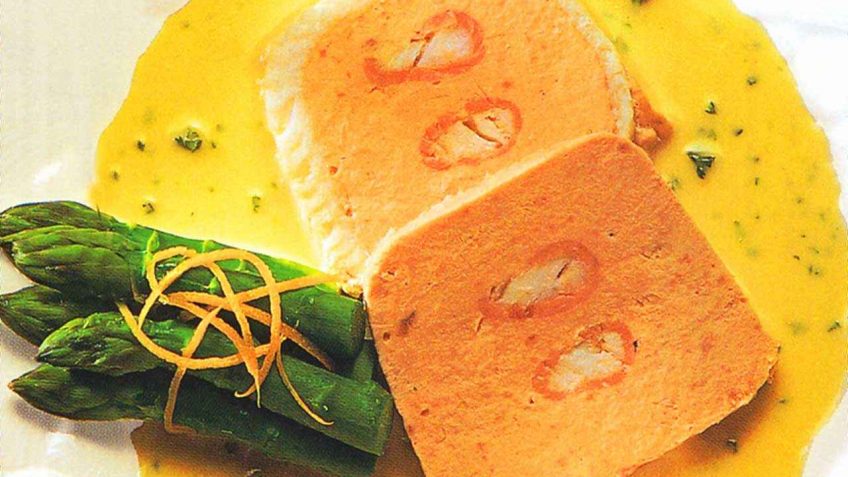 In this smoked salmon terrine recipe, a duo of sole fillets and a smooth salmon mousseline create a contrast of colour and flavour.  You may jump to the relevant part of the article for the ginger sauce recipe. A simple butter sauce is served with the terrine, which makes a good main-course luncheon dish when accompanied by lightly cooked asparagus.
You may also listen to the recipe by pressing the play button below:
Getting Ahead: The terrine can be baked 1 day ahead and kept, covered, in the refrigerator. Before serving, reheat it in a bain-marie on top of the stove, allowing 10-15 minutes, with the water at a simmer. Make the sauce just before serving.
Order of work:
Click here to see how to peel and chop fresh root ginger
Print Recipe Pin Recipe
Prep Time 30 mins
Cook Time 1 hr 20 mins
Total Time 1 hr 50 mins
Course Seafood
Cuisine French
Servings 8
Calories 140 kcal