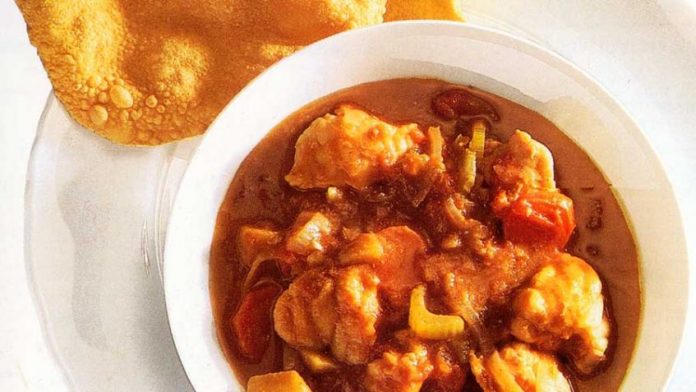 Getting Ahead: The fish stew can be made up to 1 day ahead and kept refrigerated. Reheat it on top of the stove before serving. ORDER OF WORK:
Print Recipe Pin Recipe
Prep Time 30 mins
Cook Time 30 mins
Total Time 1 hr
Course Seafood
Servings 6
Calories 65.2 kcal