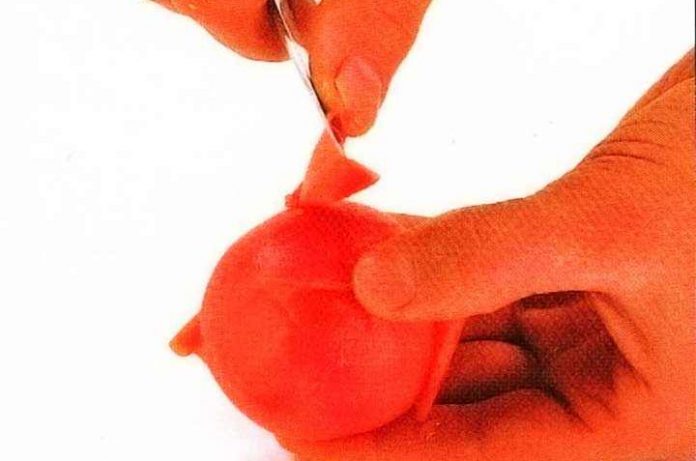 How to Peel, Deseed, and Chop Tomatoes?

Tomatoes are often peeled and deseeded before chopping so they will cook to form a smooth puree.

How to Peel, Deseed, and Chop Tomatoes

1- Bring a small pan of water to a boil. Using a small knife, cut out the cores from the tomatoes. Score an “x” on the base of each tomato. Immerse the tomatoes in the water and boil until the skin starts to split, 8-15 seconds. Using a slotted spoon, transfer them at once to a bowl of cold water to stop cooking. 2- When cold, peel the skin from the tomatoes with a small knife. Cut the tomatoes crosswise in half and squeeze out the seeds. 3- Set each tomato half cut-side down and slice it. Give it a half turn and slice again. Chop the flesh coarsely or finely, as required.
Print Recipe Pin Recipe
Course Cooking 101, How To
Cuisine International
Keyword Practical Tips