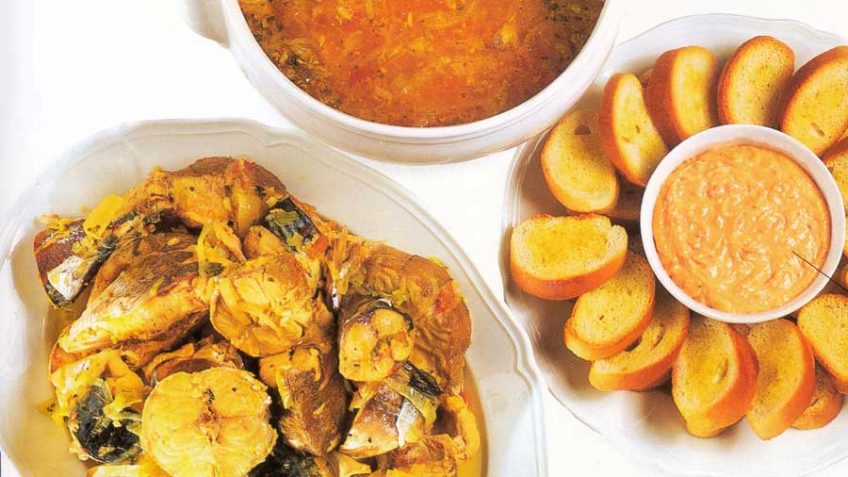 Getting Ahead: The bouillabaisse broth can be made up to 8 hours ahead and kept in the refrigerator. The fish should be cooked in the broth just before serving. *plus 1-2 hours marinating time. Order of Work: https://eatopic.com/how-to-make-croutes/ https://eatopic.com/recipe/quick-chilli-mayonnaise/
Print Recipe Pin Recipe
Prep Time 50 mins
Cook Time 50 mins
Total Time 1 hr 40 mins
Course Main Courses, Seafood
Servings 8